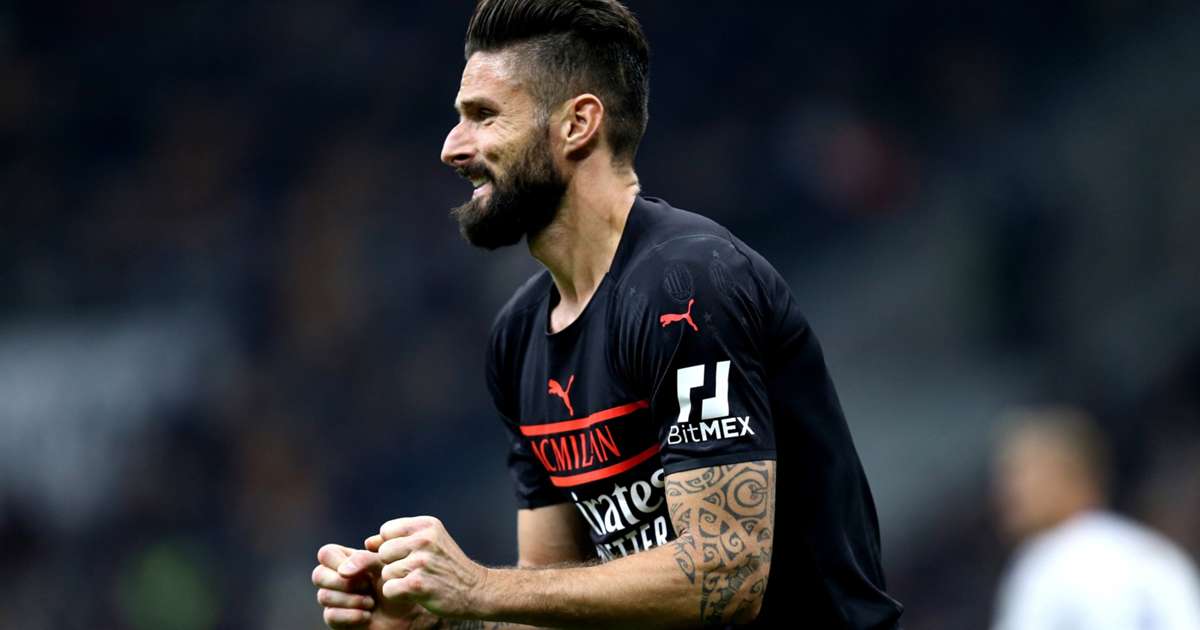 Olivier Giroud spoke about his pursuit of silverware at Serie A giants Milan.
FotMob - about 7 hours ago

Milan forward Olivier Giroud is focused on winning Serie A with the Rossoneri as he targets league success.

A Champions League victor in 2020-21 before leaving Chelsea for Milan, Giroud has not won a league crown since conquering Ligue 1 with Montpellier in 2011-12.

Milan – without a Scudetto since 2011 – are level atop the Serie A table alongside Napoli through nine rounds after their enthralling 4-2 win at nine-man Bologna last week.

"I used to say football is an everlasting new beginning and you must always be ready for the next challenge," France international Giroud, who has three goals in five Serie A appearances this season, told Football Ramble podcast.

"That's one of my regrets in my career, it's not to have finished the job by winning the European Cup with France at home to Portugal. Another is not winning the Premier League with Arsenal or Chelsea.

"I still have a lot of hopes regarding winning another league with my new club and I am focused on it."

Stefano Pioli oversaw his 100th match in charge of Milan across all competitions following Saturday's triumph over Bologna.

He has won 56 of those games, exactly as many as Massimiliano Allegri had recorded with the Rossoneri after the same tally of games.

"This might sound like a threat for someone, but I expect to reach at least another 100 more," Milan head coach Pioli said.

Milan have won eight of their opening nine games of a Serie A season for the second time in their history – previously in 1954-55.

Pioli's Milan, meanwhile, have equalled their record of away wins in a single calendar year in Serie A thanks to 14 victories, as in 1964.