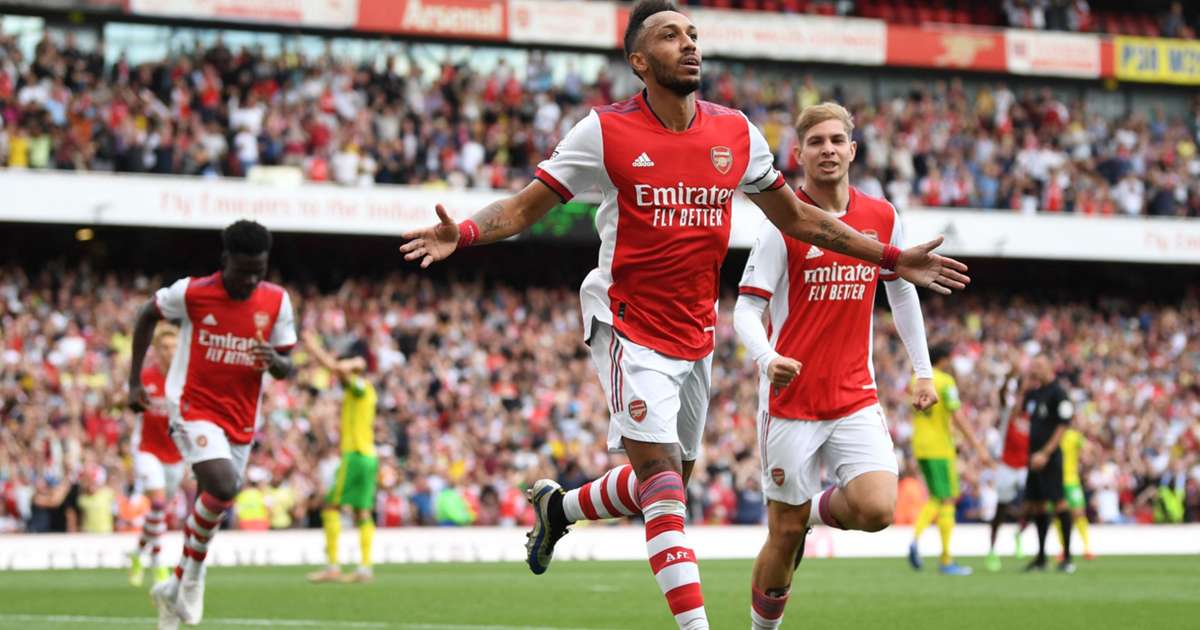 Mikel Arteta has praised Arsenal captain Pierre-Emerick Aubameyang for what he is adding to the team beyond his goalscoring.
FotMob - about 10 hours ago

Arsenal manager Mikel Arteta believes that Pierre-Emerick Aubameyang has taken his game to the next level and "prefers" this version of the striker.

After a poor campaign by his standards in 2020-21, Gunners captain Aubameyang is the club's top scorer in the Premier League with four goals from eight appearances, but his manager has been equally as impressed with the 32-year-old's improved all-round game.

The Gabon forward ranks second at the club for possession won in the final third in the Premier League (four) behind only Emile Smith Rowe (nine).

Aubameyang has also outperformed his expected goals (xG) value of 3.08, suggesting his finishing has been above the standard that would be expected from the chances he has been presented with.

He ranks fifth in Arsenal's squad for chances created (eight), providing one assist from those opportunities.

Arteta feels that Aubameyang is giving off an energy that he has never done before and is becoming a more complete player in the process.

"I have never seen Auba transmit what he is doing now," Arteta told Arsenal's official website ahead of Tuesday's EFL Cup tie with fellow Premier League side Leeds United, against whom Aubameyang netted a hat-trick last season.

"Apart from the goals, the celebration when they put the ball in the net, do you see the way he runs, the purpose he has to press the ball, and when he takes it his movement, his link, how is leading the game - that is when he is changing the rest, not when he is static and then he puts the ball in the net. I prefer this Auba.

"It is clicking. It is a combination of realising that his role has to go well beyond [scoring]. What was good, or very good, two or three years ago, with his role in this team, at this club, it is not enough. He had to take a step forward."

Arteta explained that both Aubameyang and fellow striker Alexandre Lacazette have a responsibility to lead a young squad on and off the field.

"They lead by example and not only there but as well at the training ground. Certain things, a role they could have had three years ago in the squad, now it has changed.

"The group's age is a little bit closer [together] so they are experiencing most of the same things and they talk a lot about it. Then we have the senior players that they have to lead and they have to take that role, and they are doing that in a different way.

"There are players now that on that pitch that they are able to transmit something and change certain behaviours and attitudes in other players. That is contagious, and for me that is leadership."

Lacazette has played a bit-part role so far this season but was handed his first league start of the campaign as Arsenal beat Aston Villa 3-1, producing an impressive display despite not getting on the scoresheet himself.