I knew I would return to Barcelona one day - Alves 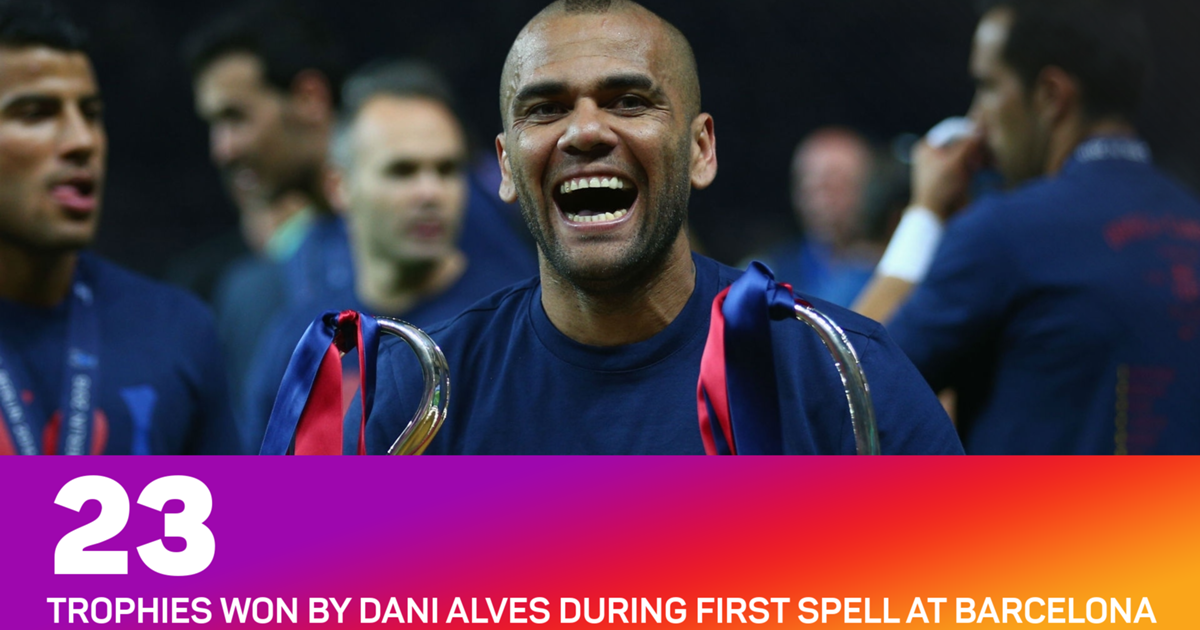 Dani Alves became Xavi's first signing as Barcelona head coach on Friday and has expressed his delight at returning to Camp Nou.
FotMob - about 2 hours ago

Dani Alves claims he knew in his heart and soul that he would return to Barcelona at some point in his career.

The club announced the free signing of the 38-year-old on Friday following his departure from Sao Paulo, with the veteran right-back under contract for the rest of the campaign.

Alves, who left Camp Nou five and a half years ago, will not be eligible to play until January but took to Instagram to declare his excitement at being back at "the best club in the world."

"I'm coming home from where I never left, and as I said before I left; I am one of you, I don't know how long that dream will last, but may it be eternal while it lasts."

Along with a picture of himself kissing the club badge next to the pitch at Camp Nou, Alves added that he has "the same hope as the first time and with the same desire to help rebuild the best club in the world. I’m going back to my house."

Alves made 247 appearances for the Catalan giants after signing from Sevilla in 2008, winning six La Liga titles and three Champions League crowns during a hugely successful period.