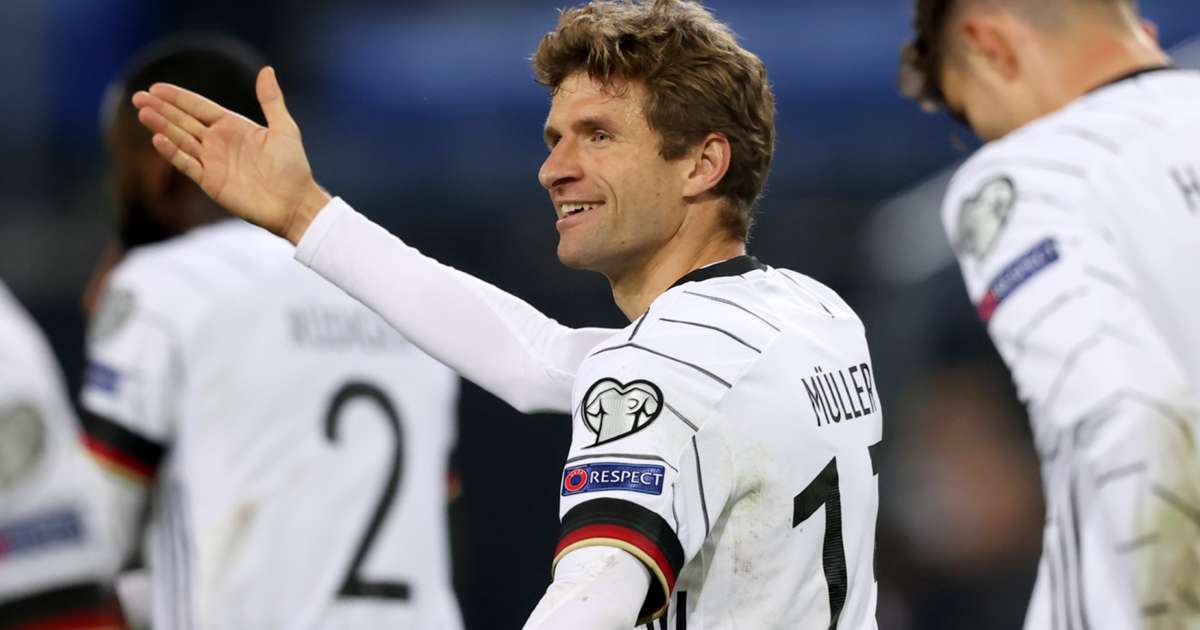 Thomas Muller is set to take over from the absent Manuel Neuer as Germany captain against Armenia, with Hansi Flick praising the player.
FotMob - about 2 hours ago

Germany head coach Hansi Flick has hailed Thomas Muller's importance to the team ahead of handing him the captain's armband for Sunday's World Cup qualifier with Armenia.

The Bayern Munich attacker is the highest-capped player in the squad, moving clear of Jurgen Klinsmann as the sixth-most capped player in Germany's history with his 109th appearance last time out against Liechtenstein, scoring twice in the 9-0 win.

Muller has worn the armband for Germany on a handful of occasions previously, but this would be the first time under new boss Flick, who believes the 32-year-old's presence on and off the field make him fully deserving of the honour.

"Thomas isn't someone to push himself into the spotlight; he prefers to support the team and fire the lads up," Flick said ahead of the game against Armenia. "He is also incredibly important off the pitch because he pushes the group again and again.

"He's a really important player for us, and he'll captain the side against Armenia. I'm happy to have him as a player because he's very, very valuable."

Regular captain Manuel Neuer is rested and therefore does not travel with the squad, missing out alongside Marco Reus, injured pair Leon Goretzka and Julian Draxler and the suspended Antonio Rudiger.

As a result, Muller is given the chance to captain the side, while Marc-Andre ter Stegen has the opportunity to feature between the sticks as Germany look to end their World Cup qualifying campaign strongly, having won eight of their nine games so far to sit nine points clear at the top of Group J.

"Marc-Andre ter Stegen and Kai Havertz will both start the match," Flick continued. "We have already shown in the last few games what quality and mentality the team has.

"Armenia are very strong on the counter-attack, so we'll need to be very alert in defence. Our aim is to end this year with a win, of course."

Defender Christian Gunter is also relishing the chance to stake his claim for a spot in Flick's final World Cup squad next year.

"For me, it's about putting in a good performance for the team," Gunter said. "I'm part of a real competition for places and I want to give Hansi a tough decision when he comes to name his national team squad."