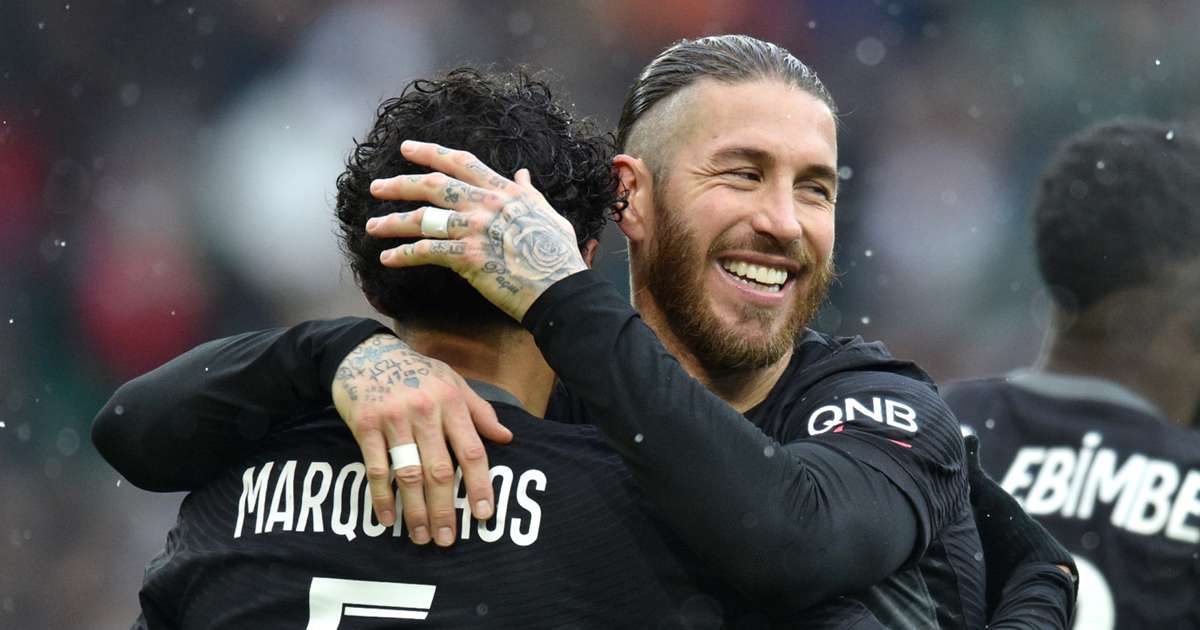 Sergio Ramos has made just one appearance since signing from Real Madrid, but PSG boss Mauricio Pochettino expects him back soon.
FotMob - about 4 hours ago

Paris Saint-Germain boss Mauricio Pochettino backed Sergio Ramos to return before the end of the month after the Spaniard was ruled out of Sunday's clash with Monaco.

The former Real Madrid captain made his long-awaited PSG debut in last month's 3-1 win at Saint-Etienne after a calf injury, but has not played since due to muscle fatigue.

Speaking at a media conference ahead of welcoming Niko Kovac's Monaco to the Parc des Princes on Sunday, Pochettino indicated that Ramos is likely to be back available soon.

He defended his decision to play the 35-year-old for the full 90 minutes against Les Verts, who had Timothee Kolodziejczak sent off in first-half stoppage time.

"Will [Ramos] play again in 2021? Yes, we hope to see him again by the end of the calendar year," the former Tottenham manager said.

When asked if Ramos played too much against Saint-Etienne, Pochettino added: "No, he was feeling good. We played 11 against 10 most of this game. The requirement was maybe not the same as 11 against 11."

PSG beat Club Brugge 4-1 in their final Champions League group game on Tuesday and Pochettino was asked by reporters about his ambitions in the competition, particularly considering their second-placed group finish that means they will be unseeded in Monday's draw for the last 16.

"Is there a team that we particularly fear? Honestly, no. There are only very good teams. They have all their strengths. We are PSG, we have to beat all the teams," Pochettino said.

PSG lead the way in Ligue 1, sitting 11 points clear of second-placed Rennes going into the weekend, but have drawn their last two league games, with questions arising as to whether Pochettino is getting the best out of his star-studded squad.

"We would like to be able to perform at a high level for 90 minutes, on a regular basis," the Argentine coach said. "It's difficult. The level is high in Ligue 1 and in the European Cup.

"We expect a tough game against a very good [Monaco] team. They are not worse off than last season. They have a great coach, great players."