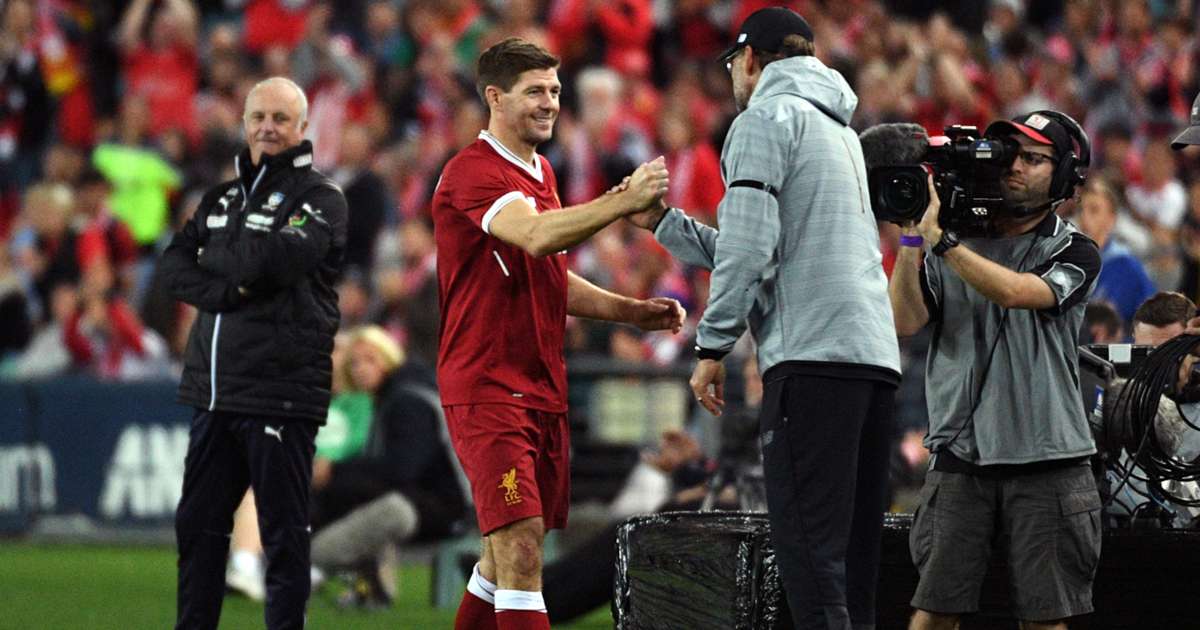 Liverpool legend Steven Gerrard returns to Anfield with his Aston Villa side on Saturday and Reds boss Jurgen Klopp is anticipating a fight.
FotMob - about 11 hours ago

Liverpool boss Jurgen Klopp is expecting Steven Gerrard to "fight with all he has" when Liverpool host Aston Villa in the Premier League on Saturday.

Reds legend Gerrard was appointed manager of Villa last month following the dismissal of Dean Smith and has won three of his first four games in charge of the Midlands club.

The former England midfielder won a multitude of trophies during his playing days at Liverpool, including the Champions League in 2005 along with three EFL Cups, two FA Cups, the UEFA Cup and UEFA Super Cup.

He started his coaching career leading Liverpool's Under-18s side before joining Rangers in 2018, and last season led the Gers to their first Scottish Premiership title in a decade, ending Celtic's dominance.

Speaking ahead of their meeting at Anfield, Klopp was glowing in his praise of Gerrard as a person, saying: "To have this kind of relationship with people says a lot about Stevie.

"Honestly, since I've been here, I haven't heard one [bad] word... 'Stevie is a great player, great player, but…' there was not one 'but'. Everybody's only positive.

"Then you meet him and you realise what a great guy he is actually. The talent he had could have led to a lot of strange characteristics, but obviously he's a really good guy. Which is nice.

"So everybody's happy for him that he's doing well. Now he's coming back to his club, it is his club. Not for 95 minutes I know, all fine. It will be strange for him, but he will fight with all he has."

Klopp was also asked about the future of Nat Phillips. The centre back started the 2-1 Champions League win against Milan at San Siro on Tuesday, but suffered a facial injury that his manager said is likely to keep him out of action for "four to five weeks".

Phillips played 20 games for Liverpool last season, with 18 starts, after injuries to Virgil van Dijk, Joe Gomez and Joel Matip, but his start in Milan was his first in any competition this season, and the 24-year-old has been linked with a move away in the January transfer window.

"I'm very happy that Nat is here, to be honest," Klopp told reporters. "But we will not block anything – I think, at least, it's not the plan anymore. But who knows what happens until January, then we would talk completely new.

"It's of course not the luckiest moment for this, but by the end of January he will be completely fine, definitely – or probably in the middle of January, I don't know exactly.

"So we will see that it will be completely fine. It's not complicated, it's just not cool. We will see what that means exactly, but in the long-term, it's no problem. Everything will be fine for Nat, definitely."